How to Play A Game

MadChess is a chess engine. It’s a “brain” that, given a position in a game, decides which move to play; it does not provide a graphical depiction of the current position in a game. For that, you need a Graphical User Interface (GUI). Once you install MadChess in a GUI, you may use it to analyze positions or entire games, or play a game of chess against MadChess.

Refer to your GUI’s documentation for instructions on how to install a chess engine and start analysis or a game. When installing MadChess, if the GUI prompts you to specify the engine’s protocol, select Universal Chess Interface (UCI). XBoard (also known as WinBoard or CECP) is an older protocol, not supported by MadChess.

How To Weaken Playing Strength

MadChess is difficult to defeat unless you’re a Grandmaster. For a more enjoyable game, you may wish to weaken the engine. In the Hiarcs Chess Explorer Pro and Shredder GUIs, set the playing strength of the engine in the new game dialog. 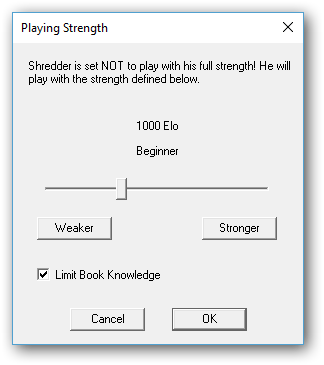 Not all GUIs provide a playing strength option in the new game dialog. If a GUI doesn’t allow you to adjust the playing strength of an engine, it’s because either the GUI or the engine doesn’t support the UCI_LimitStrength and UCI_Elo engine options.

I have not rigorously tested MadChess at reduced strength to determine whether its Elo ratings are realistic. See Elo Ratings for a list of typical chess players (of varying enthusiasm and ability) and their corresponding rating. If you feel the playing strength of MadChess is not well calibrated to Elo ratings, please share your feedback.

Refer to Engine Options for an explanation of all MadChess UCI options. Refer to your GUI’s documentation for instructions on how to modify and save engine options.

How Does MadChess Play Chess?

For a technical explanation of how MadChess searches and evaluates chess positions, see the Developer Guide.

How Does MadChess Play Chess As Poorly As Me?

For a technical explanation of how the strength of MadChess is reduced, see The MadChess UCI_LimitStrength Algorithm.