I’m playing a ten game match between my old Saitek chess computer (circa 1993) and MadChess, a chess engine I wrote. 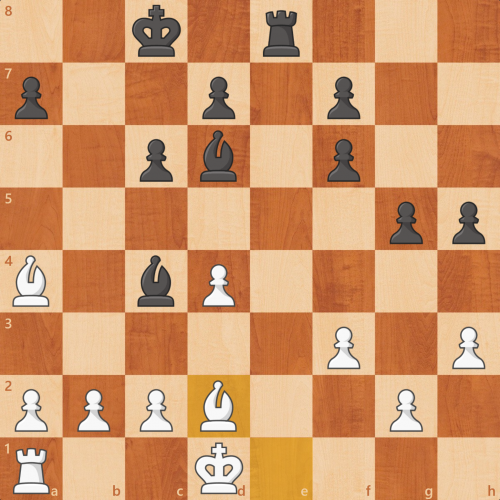 After 25.Bd2. Black to move. White’s kingside pawns are vulnerable.

MadChess played Bf1 then pushed the f pawn. After winning a bishop when the f pawn promoted, MadChess pushed the h pawn. The white king was unable to stop the pawn’s advance and MadChess promoted it to a queen, coordinated its movements with the black bishop, and checkmated the white king on the h file.

Analysis by the Shredder 12 chess engine. Shredder finds blunders of one pawn or worse.