A knight positioned on an outpost controls opponent territory, restricting movement of the opponent’s pieces on the opponent’s side of the board. An outpost is defined as a square on the fifth or sixth rank, occupied by a minor piece (usually a knight), supported by its own pawn, and positioned such that it cannot ever be attacked by an opposing pawn. In other words, the opponent has no pawns on the neighboring files, or if the opponent has pawns on the neighboring files, they’ve advanced even with or beyond the outpost square. 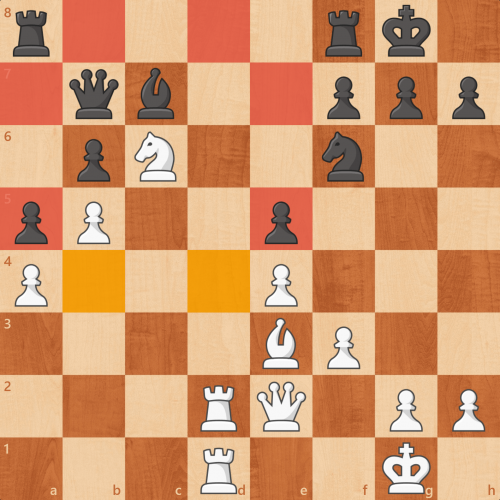